February 10, 2020
It’s that time of year again when ten of our young badminton players from St Mary’s Badminton club were out in force.
Today it was the turn of the U13 players with many having their first experience of a County Championship. It was a most enjoyable way for parents and young players to spend a wet and windy day!
The St. Mary’s club fought off stiff competition and we brought home some silverware. Model school sixth class pupils Daisy Smith and David Peppard won the mixed doubles while TJ Comerford and David Peppard won the boys doubles. David Peppard was runner up in the boys singles final.
All players had an enjoyable day parents would like to  thank to Shirley, Linda, Nigel, Barry and Eimear for their coaching. 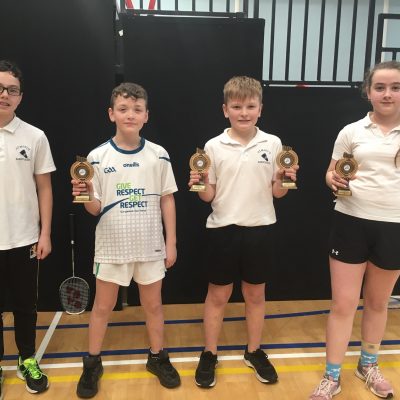 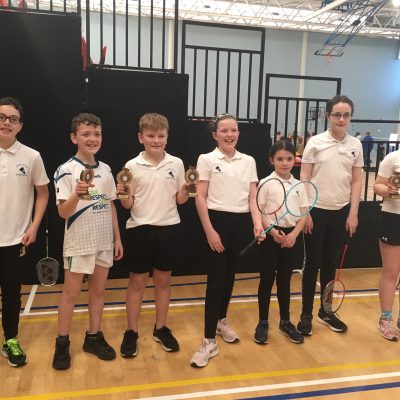 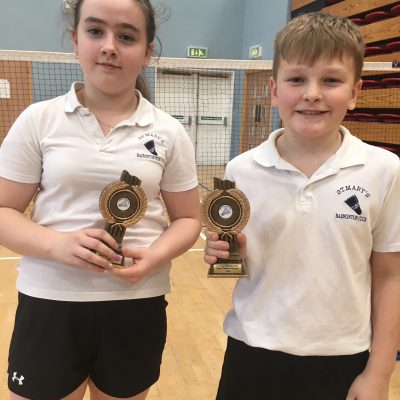 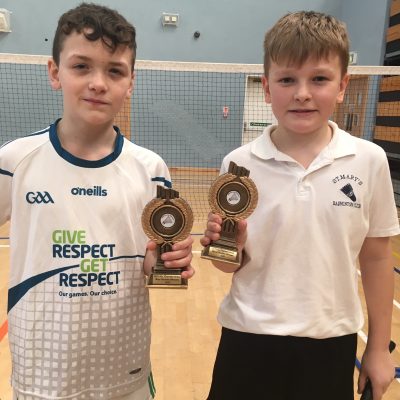